The Dulux Trade Points Loyalty Programme is our way of rewarding professional decorators like you for choosing Dulux products. 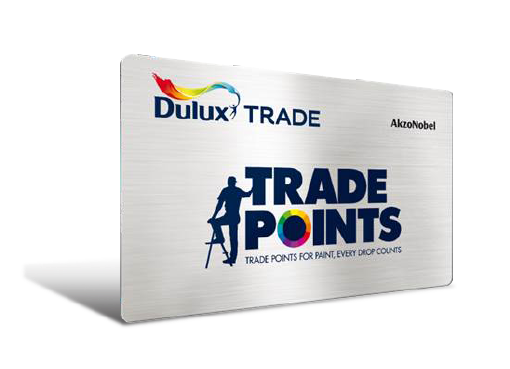 Cookie Notice
AkzoNobel uses cookies to offer the basic functionality of the website, to generate user statistics using Google Analytics on an anonymous basis to make our website more user friendly and to tailor advertising on AkzoNobel websites and others. We process personal data in compliance with GDPR. Please our Cookie Statement for more information.
ACCEPT