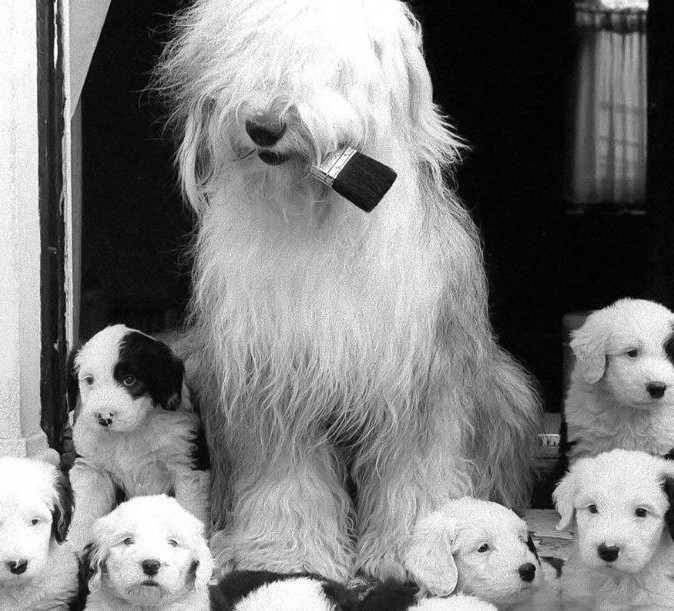 From an unexpected rise to fame to a starring role on the silver screen, we chart the history of our beloved mascot. 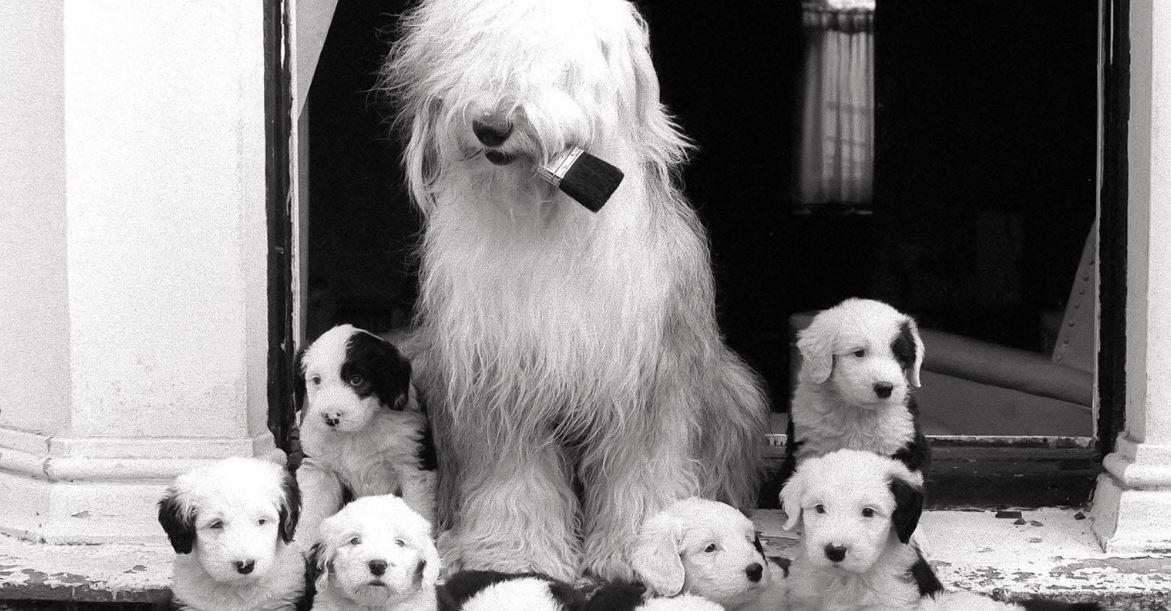 The year in which the dog was first introduced into Dulux’s advertising campaigns. Shepton Daphnis Horsa (or Dash, as he was affectionately known) belonged to the ad’s director. Legend has it that Dash kept running across the set to play with the child actors and, when it came to editing, the footage was so adorable, they couldn’t resist keeping him in.

The number of Dulux dogs there have been since 1961. Like Dash, many of them also had regal-sounding names:  Fernville Lord Digby (Digby for short), King Hotspur of Amblegait, Dreamweaver Lorien’s Lament (or Pickle for short) and Duke.

The number of hours each dog spends in hair and make-up before a big shoot (OK, maybe not make-up, but with an Old English Sheepdog, a hairdryer and hairbrush are essential). And all Dulux dogs have their own chauffeur. (None of our doggie divas have ever bothered learning to drive.)

When Dash retired, a competition to find his replacement saw 450 Old English Sheepdog owners enter their dogs. Held at the Café Royal in London, the winner was Digby.

Digby, undoubtedly the most famous of all the Dulux dogs, made it onto the big screen in the Seventies, starring alongside Spike Milligan in children’s adventure film Digby: The Biggest Dog in the World.

The number of stunt doubles that Digby had for the difficult action sequences. He also had special coats made to keep his fur in perfect condition on set.

All of the Dulux dogs (apart from Dash) have been breed champions, with five of them winning ‘Best in Show’ prizes. In fact, Old English Sheepdogs have become synonymous with Dulux, the term ‘Dulux Dog’ being a common nickname for the breed.

Cookie Notice
AkzoNobel uses cookies to offer the basic functionality of the website, to generate user statistics using Google Analytics on an anonymous basis to make our website more user friendly and to tailor advertising on AkzoNobel websites and others. We process personal data in compliance with GDPR. Please our Cookie Statement for more information.
ACCEPT